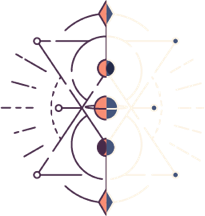 The New Moon in Aries on April 12 is conjunct Venus and Mercury forming a stressful square aspect with Pluto in Capricorn.

This is a powerful signature for initiating change including setting our intentions of what this change shall look like. Pluto is the planetary energy concerned with the laws of decay, death and regeneration provoked by the instinctual drive of survival. Personally and collectively, we are drawn into a brave new world where the established order has dissolved and reveals its flaws and weaknesses. Nevertheless, failure and collapse carry the seed of the new that slowly but surely will emerge out of the decayed.

This current collective transformational process (Pluto) profoundly influences our personal lives (Aries). Nevertheless, brave and courageous individuals (Aries) can carry the impulse of renewal and have the power of stirring us toward a new direction.

The Full Moon in Scorpio on April 27th signals a change in energy. The Full Moon is opposite a Sun/Uranus conjunction in Taurus and T-squares Saturn in Aquarius. While the cardinal signs Aries, Cancer, Libra and Capricorn are driven by action, the fixed signs Taurus, Leo, Scorpio and Aquarius dig in their heels. Their best way of defense is ‘hold on and resist’.

This Full Moon activates the Saturn/Uranus square, the most important outer planetary formation during 2021.

Saturn and Uranus are strongly opposing principles. Their alignment creates tension as Saturn likes adherence to order while Uranus is the cosmic awakener and disrupter of old forms. Important societal, cultural and economic questions are raised when these forces align.

This Full Moon highlights the tension that is generated when decisions must be made after a period of intense reflection, research, and consciousness work.

ARIES: The New Moon in Aries on April 12 is a great moment in time for the seeding of new ideas. Nevertheless, before you can leap ahead you might have to deal with important issues from the past.

TAURUS: The weeks before your birthday are great for finishing old projects and reflecting on the year just gone by. The energies of the Full Moon in Scorpio on April 27th might highlight areas in your life that need urgent attention.

GEMINI: This is potentially a very busy time for you, especially in regards to writing, communication and networking. It is important, not to run out of breath; give yourself sufficient time for resting, processing and digesting..

CANCER: This is an important period where you will be working on a new balance between the past and a new future direction. Imagine yourself seeding something utterly amazing where you are in the limelight!

LEO: Our beliefs shape our lives, our bodies and minds. Reflect on your beliefs and their cultural conditioning. Is it time for a new set of values, for new types of inspiration and experiences?

VIRGO: This is a period where you might request more autonomy and independence as you are keen to find your spot in the greater world. What role do you like to play on the big stage out there?

LIBRA: Finding independence in your personal relationships as well as forming a good balance between giving and taking is one of Libra’s greatest quests. Be aware that nobody can read your thoughts unless you share them openly.

SCORPIO: Your health, work and daily routine might demand your full attention. The Full Moon on April 27 could be emotionally testing as it highlights important family and relationship issues that need addressing.

SAGITTARIUS: During this period, you might feel a need to express yourself through something creative or artistic. The challenge is generating a stable income and enjoying financial security while doing the things that inspire you and make you happy.

CAPRICORN: Home and domestic affairs are at the center of your attention. There is always a lot to do when it comes to establishing a sound foundation for yourself and those dependent on you.

AQUARIUS: With Saturn in Aquarius until 2023, this is a helpful period for questioning the validity of your ideals and principles as well as reflecting on your contribution to humanity.

PISCES: When you are aligned with the universe, you can easily attract what you need. Strengthen your intuition and trust; the flow of energy is moving you in the right direction. 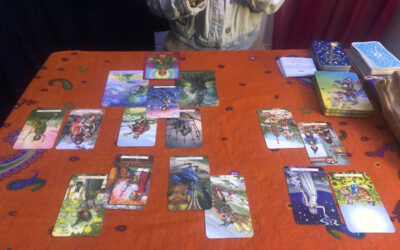 “Live life the way you feel is right for you!” Recently it was my pleasure to experience a tarot/oracle card reading and astrology reading with Stacy Sadler at Infinity Spiritual Centre on Anglesea street. This was synchronistic timing as I entered this session with... 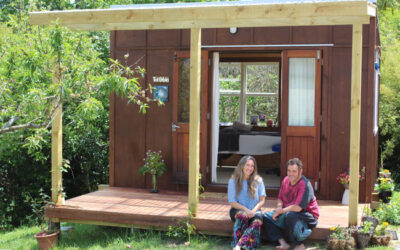 “Love is guiding you.” I pulled into the driveway of Therese’s delightful slice of Raglan paradise and was instantly overwhelmed by the beauty of her space. The Tui Cabin is a cozy, peacefully and thoughtfully designed healing room. Through the windows heavily-laden... 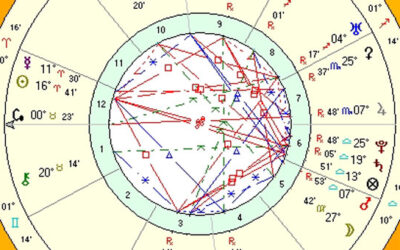 “What is for you will not pass you. Sometimes when you do nothing it is everythingyou need.” My experience with Christina was WOW!!! Prior to the appointment Christina took my date, time and place of birth to create my own personal astrology chart. Nursing a lovely...